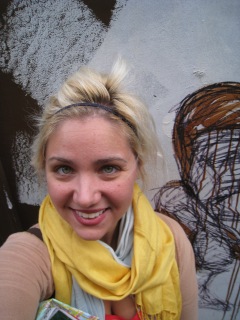 Spending a few days on my own recharging my batteries in a lovely little boutique hotel in Central London (Montague at the Gardens) while my husband and his two best “mates”are on a bachelor party trip to Northern England. We spent the past few days visiting my husband’s family and even though I love them dearly, I am EXHAUSTING.


After sleeping 14 hours, I grabbed a map of Central London from the concierge and spent the entire day walking around the the city, getting lost in the process, taking pictures, and looking like a typical American tourist. Even though the riots are happening all around London, I haven’t come in contact with any of the mayhem, except for hearing the odd police siren.


Walking around London today reminded me of the amazing street art that can be found on the buildings, street signs, doors and where ever there is a blank spot on a wall. I have sort of been collecting pictures of street art I have found during my travels to places I’ve visited: Paris, Prague, London, New York City, the Phillipines, Chicago, and so on. And so I thought I would post pics of some of my favorites. So here they are…. 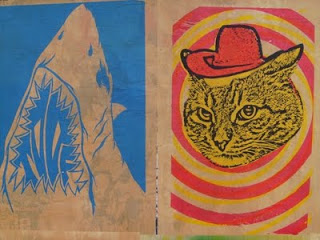 I found this one in St. Thomas, Virgin Islands when I was on a cruise with my husband and parents (December 2010) 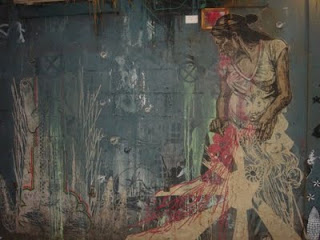 Okay, so this one isn’t amazing or anything but it is the only one I spotted on our visit to Paris (December 2008)

To date, the street art in Prague is the most beautiful and abundant of any of the metropolitan cities I have visited, except for maybe NYC (December 2007) 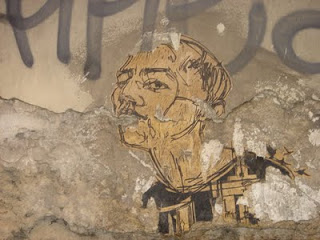 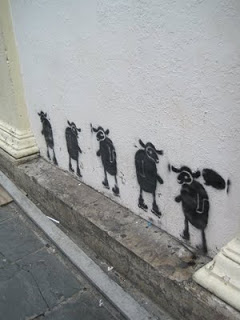 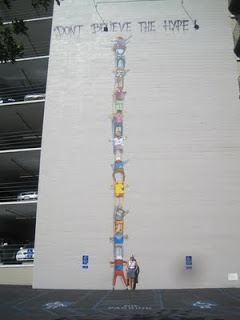 This is one of the first ones I ever noticed…and probably one of the reasons I love street art so much. I saw this one in Spain when I was going through a dark period in life and so I framed a print of it, hung it in my bedroom to remind me to not give up. (February 2005).
Unfortunately, I have no idea who the artists are for any of these to give credit too. But if anyone has seen these or knows who did them let me know!


Which leads me to ask if anyone reading has any pictures of street art they have found or ones you love. If so, email them to me (forourcity@gmail.com) and tell me the story behind them and I will add them in a new post!
Advertisement